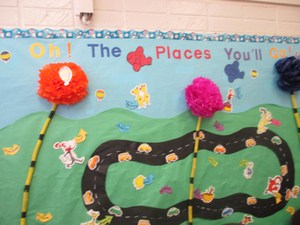 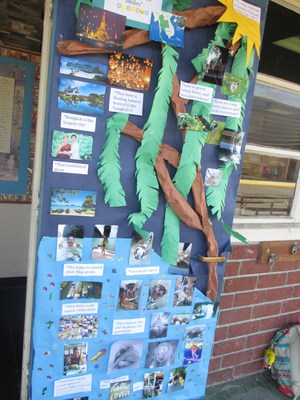 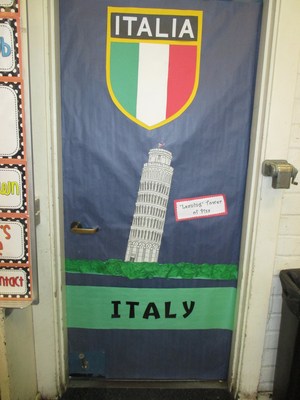 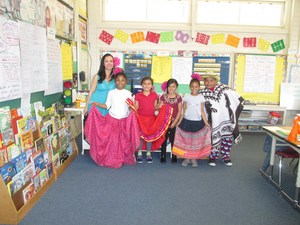 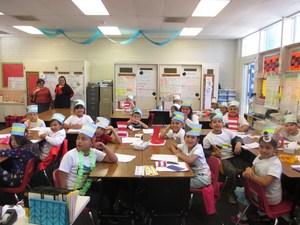 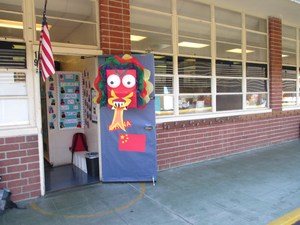 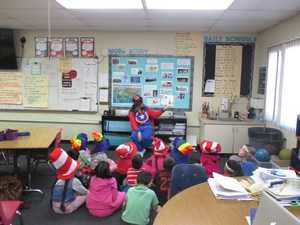 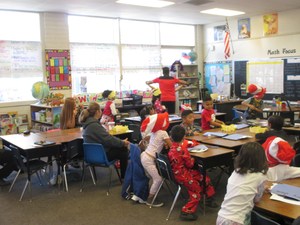 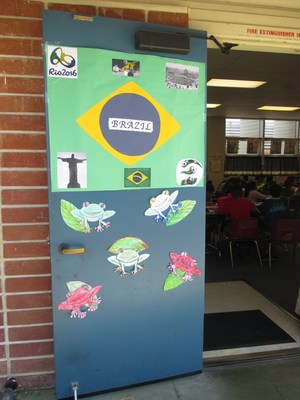 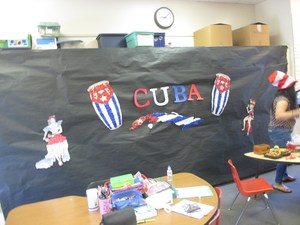 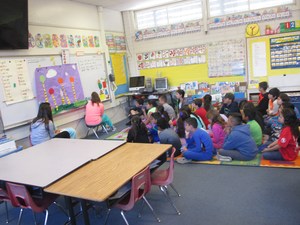 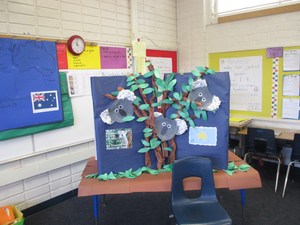 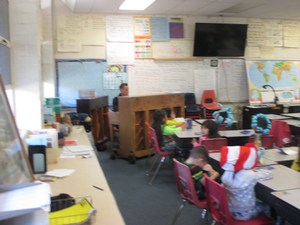 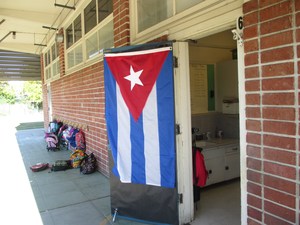 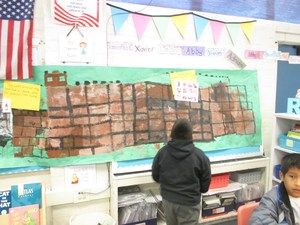 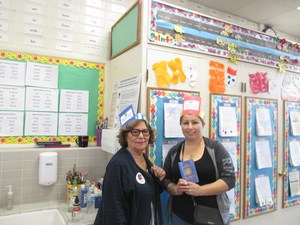 Nelson's kids experienced a different type of Dr. Seuss Day celebration as they traveled around the world and had cultural experiences from other countries.
Nelson School Becomes a Multi-Cultural Community for Dr. Seuss’ Birthday

Nelson Elementary was converted into Nelsonville for Read Across America, a place where children can go classroom to classroom, learn something new about a different country, hear a story about that country or from a dr. Seuss book, and maybe even walk away with an artifact or a treat.

The day started with an assembly and the registration of parent volunteers at the Nelsonville Visitor’s Center. Parents who were escorting classrooms from one country or location to the next signed in and received their tour guide hats, while parent readers received their name tags and class assignments.

Class rotations started with 5th graders reading to TK through 3rd grade students, while parents and teachers read to 4th through 6th grade. As students moved from one class to the next, they had their passports stamped with the immigration stamp from that country. These items were purchased for each student compliments of Nelson PTO.

Some teachers took students on a tour inside their classroom, such as Ms. Martinez with her information and artifacts from Cuba, while others shared power points, such as Ms. Cortez with Australia, and Mrs. Rivera with Brazil.

Mr. Mireles had students join him in a Russian dance, while Mrs. DeAnda’s entire class represented the Bahamas as they dressed in t-shirts and hats depicting the flag. Mr. Palmer played an excerpt from Beethoven during his lesson on Germany, while Mrs. Etherton had a few of her students share the information they had researched about Italy, and she sent students off with a small portion of grapes and cheese.

Mrs. Duffy’s kindergarten room was turned into a Greek history museum, while Mrs. Gatchett’s kinders created a collaborative display for upper graders to learn details about Canada. Mrs. Villa’s classroom had a wall dedicated to Portugal, and her students dressed in traditional aprons and sashes, and Mrs. Ortiz and some of her students wore authentic Mexican attire to represent their country.

Sixth graders from Mrs. Anderson’s class wore berets and attempted to speak French, while Mrs. Goco did an amazing presentation about England, as she donned her crown, as did students from her class.   Mrs. Vaughan-Dilokvilas displayed traditions of Thailand on her door (and an authentic photo of her petting a lion), while Ms. Flores’ paper lion display and her Great Wall of China depiction in her class was all the talk around campus. Finally, the TKers dressed in Dr. Seuss style hats, while Mrs. Banks gave a brief lesson on Egypt and Mrs. Jackman all about Spain.

One parent said she was amazed at the work that was done for the event, and showed emotion as she talked about how wonderful the day was for students.

After lunch, teachers took their class on a tour of all classes and had students’ passports stamped. “This was so much fun,” one of the students said as she moved to her final destination.