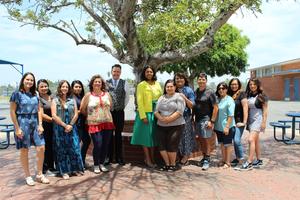 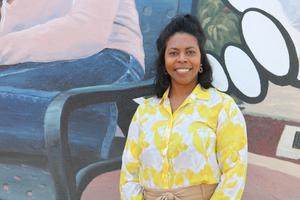 Dr. Reeves is a native southern Californian who went away in 1990, to attend college in the southeast. As an undergraduate student, she worked as an elementary substitute teacher and found her passion for teaching others. After earning her Bachelor's Degree in Elementary Education, she relocated to Georgia where she served as an elementary teacher for six years, earned her Master's Degree in Adult Education, an Educational Specialist's Degree in Educational Leadership, became an instructional coach, and a school administrator. Throughout her years as an administrator, she served as an assistant principal at the elementary, middle, and high school levels, and led instruction in many diverse learning environments. She returned to California in 2017, joined LAUSD as an assistant principal, and completed her doctoral studies in December 2018.

We are thrilled to have Dr. Reeves join the Los Nietos family!